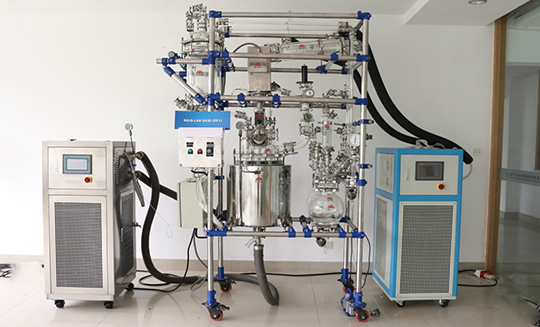 In a reaction set upthe following product lines of reaction and distillation equipment are generally offered.

Regardless of the construction of the reaction vessels it is possible to observe the course of the process visually at any time as a result of the fitting of top covers made of borosilicate glass.

In all the product lines the attachments e.g. vapour tube, condenser, receiving vessels etc are also made of Schott Duran Glass. There are number of possible variations in relation to the type of vessels and their heating, the stirring devices and the design of attachments. This ensures exact match for a particular application. Full provision is therefore made for the typical operations of for e.g. reflux boiling, distillation, rectification and reaction at normal pressure and under vacuum.

The reaction system is specifically useful for the production of highly refined and highly pure products such as fine chemicals, pesticides, vitamins and pharmaceuticals. 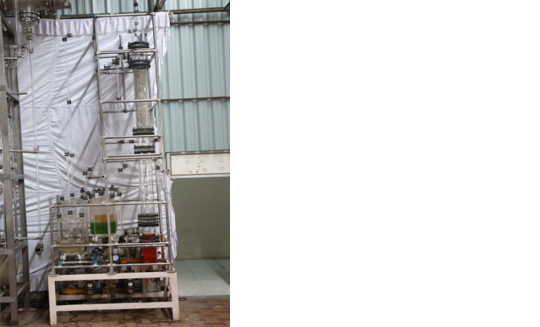 Extraction process involves separation of one or more components selectively from a liquid or solid mixture, the feed by means of a liquid immiscible solvent. For difficult separation such as in case of substances which have virtually the same boiling point form an azeotropic mixture or are perhaps temperature sensitive, extraction offers economical solution.

Capacity, selectivity, insolubility in the carrier phase, economic regeneration and mechanical separation of the liquid/liquid dispersion are criteria affecting the choice of a suitable extraction agent. 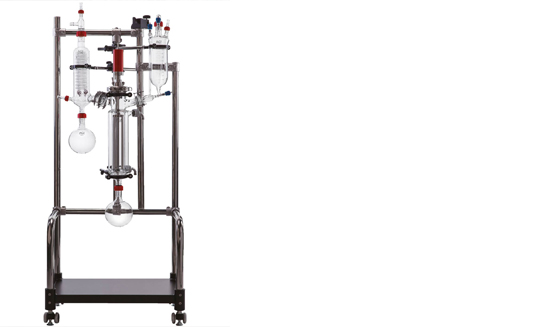 Absorption is a thermal separation operation in which a selective liquid (scrubbing liquid, absorbing agent) absorbs a component (absorbed substance) of a gas mixture. The objectives of absorption are :-

In addition, however absorption also finds application in the extraction of a commercial product ( e.g. absorption of NH3 in water, production of hydrochloric acid and nitric acid etc). Depending on the nature of the absorption process, a distinction is made between scrubbing liquids which have a physical and chemical action.

ATR ASAHI provides customized Gas absorption systems as per the client requirements. Please contact us for your requirements. 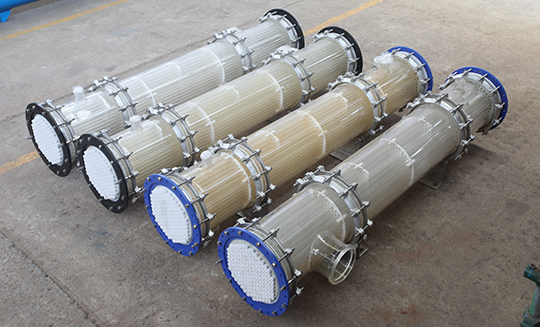 Heat must be transferred between two fluids in many different processes in the chemical, nuclear, and pharmaceutical industries. Therefore, heat exchangers are the crucial components in many chemical process plants.

ATR ASAHI has developed a wide range of heat transfer equipment for many different processes. We use SCHOTT Duran engineering standard for the design of our heat exchangers. In addition to heat transfer efficiency, the principal feature of our equipment is the universal resistance to corrosion. This is achieved by the use of highly corrosion resistant materials of construction – principally. SCHOTT Duran borosilicate 3.3 glass but also graphite, silicon carbide and exotic metals such as titanium and tantalum.

ATR ASAHI heat exchangers are based on proven and tested designs which ensure high reliability in operation even when handling aggressive chemicals. 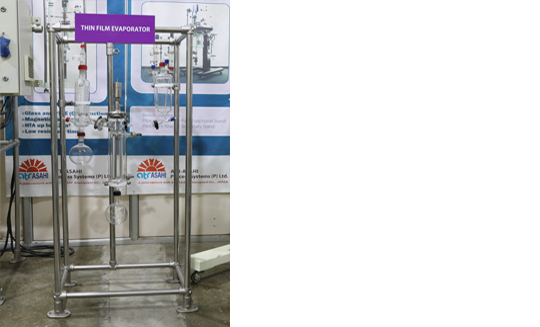 Operation in vacuum allows the working temperature to be lowered. A short residence time of the medium is most advantageously achieved in film-forming apparatus designed for vacuum operation. An effect on the boiling point due to the hydrostatic height of the liquid is avoided in this case. In addition to the proven falling-film evaporator with free-flowing liquid film, ATR offers borosilicate glass thin-layer evaporators in this field.

Thin Film (Layer) Evaporation– A Process for Gently Evaporation Of Heat-Sensitive Products.
The use of the thin-layer evaporator is advisable particularly for difficult evaporation problems, for example the working-up of the extract solution from solids extraction by the Soxhlet principle or for treating liquids of high viscosity. For example in the case of vitamins, hormones, enzymes or aroma substances, chemical changes having an adverse effect on the product quality can be avoided.

Wiped film evaporator -The wiper system produces a thin, thoroughly mixed product film on the evaporator surface. Depending on the feed rate, the viscosity and the speed of rotation, the thickness of the film is 0.1mm to 2 mm. This results in a short residence time for the medium, with the narrow residence time spectrum, within the working range of the evaporator. At the same time only very small temperature and concentration gradients arise in the thoroughly mixed film, that is to say the liquid vaporises immediately after it has absorbed the energy. In addition due to the turbulence in the bow wave in front of the wiper (peripheral speeds of upto 2.8 m/sec) and due to the continuous circulation, the heat transfer is improved. The light volatile substance does not need to reach the film surface by mechanical circulation, and the evaporator wall is kept largely free of deposits and encrustation.

Please contact us for our offerings of Thin Film evaporator and Short Path distillation systems. 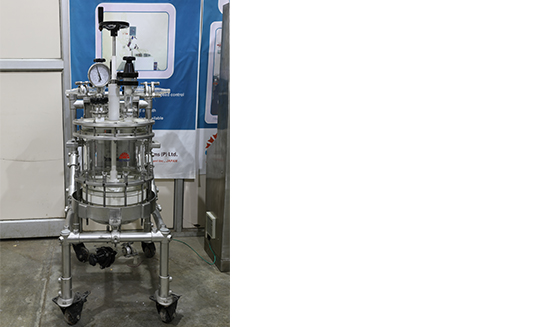 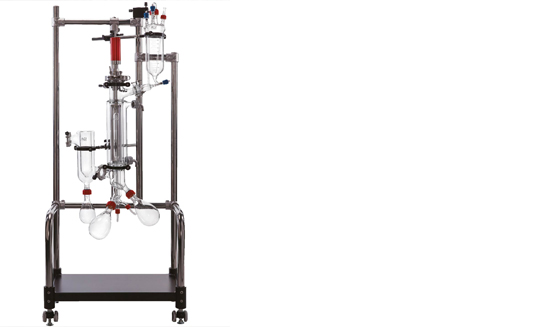 ATR ASAHI has the know-how to use advantageous and economical combination of materials for the various acid concentration application. We take into consideration specific properties of for example PTFE, titanium, tantalum, graphite, enamelled steel and borosilicate glass into account. Operating reliability is the highest priority. This is greatly enhanced by a correct selection and combination of materials, and the maintenance effort is minimized- an important point for higher profitability since, in addition to the capital costs, maintenance forms an important cost factor.

The concentration plants include :-

Please contact us for meeting your requirement of concentration plants. 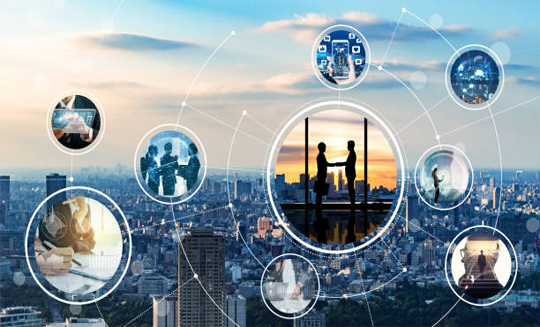